IREDELL COUNTY, N.C. — Iredell County deputies say they are looking for an ‘armed and dangerous’ 31-year-old man who is wanted for murder.

According to deputies, a fatal shooting happened on Williams Road, near west Statesville, early Tuesday morning. Investigators responded to the scene and Iredell Memorial Hospital around 3 a.m. where the victim was pronounced dead. The victim’s name has not been released.

Through an investigation, Tyrell Dantaye Daniels was identified by deputies as the suspect in the shooting an a warrant was issued for his arrest. Authorities said Daniels should be considered armed and dangerous. 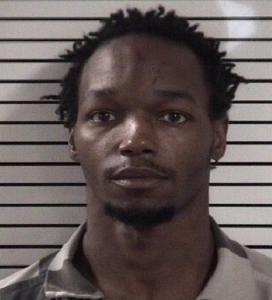 The Iredell County Sheriff’s Office said Daniels has made threats against law enforcement in the past and has a criminal history which contains convictions for: misdemeanor assault with a deadly weapon, second degree trespassing, felony first degree burglary, felony attempted robbery with a dangerous weapon, felony possession of a stolen firearm, felony assault with a dangerous weapon inflicting serious injury, three counts of misdemeanor communicating threats, felony failure to appear on a felony charge, and two counts of misdemeanor assault.

If any knows where Tyrell Dantaye Daniels can be located, please call 911 or the Iredell County Sheriff’s Office at 704-878-3100.