Officers responded to the airport after a report of a man that entered the CLT passenger terminal without authorization. The suspect was quickly identified as 40-year-old Narada Wilson, who was a former Piedmont Airlines employee, by detectives. 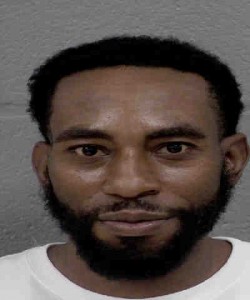 Through an investigation, detectives determined that Wilson had boarded American Airlines Flight 881 en route to Cancun, Mexico using a valid boarding pass. Once the flight crew was notified of this information the airplane was diverted back to Charlotte. Wilson was arrested by police without complications after the plane landed.

Flight 881 was inspected by CMPD Airport Division Officers and K9s to ensure the safety of all passengers on board before taking off again.

After Wilson was interviewed by detectives he was charged with trespass upon airport property, according to CMPD.

CMPD is assisting  U.S. Customs and Border Protection and the Federal Bureau of Investigation: Joint Terrorism Task Force as they review possible federal charges for this incident.

Anyone with information about this case is asked to provide that information by calling 911.  The public can also leave information anonymously by contacting Crime Stoppers at 704-334-1600 or http://charlottecrimestoppers.com/.