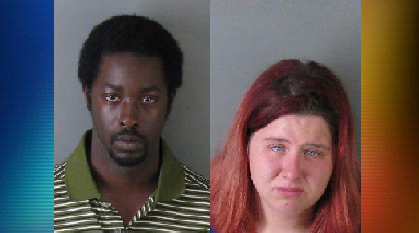 North Carolina’s Supreme Court on Friday upheld a lower court’s decision finding a man guilty of first-degree murder by starvation and neglect of his 4-year-old stepson in Gaston County.

The child, Malachi Golden, died in May 2015 weighing 19 pounds (9 kilograms) at the time, roughly half the weight of an average boy his age. Malachi experienced spasms at 4 months old and had been prescribed an anti-seizure medication that was effective in treating his disability, the justices noted in their opinion. Thomas Allen Cheeks was accused of not providing the child with medical treatment for over a year. He was the primary caretaker and provided up to 80% of the child’s care.

When emergency medical personnel arrived and pronounced the child dead, a law enforcement official saw that the kitchen was stocked with food items, and found a bottle containing an unused 30-day supply of Malachi’s seizure medication dated nearly two years before Malachi’s death.

Tiffany Cheeks, the child’s mother, worked during most of the day. When she returned home one night, she discovered her son was blue and not breathing. When she asked her husband to resuscitate Malachi, the stepfather refused, according to the opinion. She called 911 for help.

In 2017, a trial court convicted Weeks of murder and child abuse after concluding that he intentionally starved the child. The court sentenced him to life imprisonment without the possibility of parole. A unanimous ruling from a Court of Appeals panel saw enough evidence to support the trial court’s determination that starvation proximately caused Malachi’s death.

GASTONIA, N.C. — The investigation of a child’s death has lead to the arrest of both parents.

The investigation is the result of an incident that occurred on May 11th, when 4-year-old Malachi Deandre Golden was found dead in his home.

Authorities say Tiffany Cheeks fabricated information to police in an effort to hide the true cause of death of her son.

She was charged with one count of Felony Child Abuse/Neglect Resulting In Serious Bodily Injury by not providing adequate care, medical treatment, and nutrition, resulting in serious bodily injury, malnutrition, dehydration and other medical complications.

Both suspects are being held at Gaston County Jail.