CHARLOTTE, N.C. — A 19-year-old is facing multiple charges including DWI after a deadly east Charlotte crash on Monday night, according to the Charlotte-Mecklenburg Police Department.

Officers responded to East W. T. Harris Boulevard at Delta Crossing Lane around 9 p.m. after a report of a wreck. Upon arrival, a 2004 Suzuki GSXR 750 and a 2016 Kia Forte with damage to the rear of the vehicle were located at the scene.

The driver of the motorcycle, identified as 31-year-old Shaquon Thompson, was pronounced dead at the scene due to their injuries from crash. Moo Paw, the driver of the Kia Forte, was uninjured.

The initial investigation of the crash indicates the Suzuki was traveling at a high rate of speed, and as Thompson was approaching Delta Crossing Lane, the Kia Forte pulled out in front of him. The Suzuki and Thompson struck the Kia and became separated. Speed is a contributing factor for the motorcycle but not for Paw, police say. 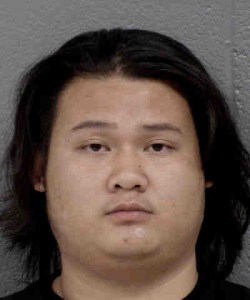 Paw was interviewed and screened for impairment and police say he was found to have consumed an impairing substance.  According to police, Paw was charged with DWI, window tint violation, no operator’s license, possession of marijuana over a half ounce and misdemeanor death by motor vehicle.

Anyone who witnessed or has information about the crash should contact Detective Buckley at 704-432-2169, extension 6.  The public can also leave information anonymously by contacting Crime Stoppers at 704-34-1600 or http://charlottecrimestoppers.com/.