LINCOLN COUNTY, N.C. — A 19-year-old Maiden man has been arrested and charged after a fatal stabbing that happened Monday night.

Lincoln County deputies responded to NC Highway 150 East home around 7:20 p.m. after reports of a person being stabbed. Upon arrival, officers located a man on the porch of the residence with a wound to the upper chest area.

The victim, identified as 18-year-old Cody Souther of Bessemer City, was transported to a local hospital where he was later pronounced dead.

Witnesses at the scene provided deputies with a description of the suspect who had fled the scene in a vehicle. According to a news release, the suspect vehicle was then located near the intersection of Loop Road and NC Highway 150 East and a traffic stop was conducted.

The suspect, identified as Jacoby Brooks, was taken into custody without incident, according to deputies. 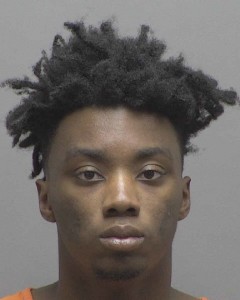 The suspect agreed to speak with investigators and confessed to stabbing the victim. Deputies said Brooks was charged with second degree murder and taken before a Lincoln County magistrate who placed him in the Harven A. Crouse Detention Center under a $100,000 secured bond.