MARSHVILLE, N.C. — A Marshville man, that is connected to two Charlotte-area murders from April 2021, is now facing charges in Union County for the murder of a 33-year-old man.

Union County deputies identified 34-year-old Joel Brewer, who is in the Mecklenburg County jail, for the murder of Joshua Allen, who was found dead in a wooded area near Wingate in Feb. 2021. 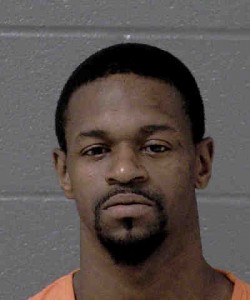 Allen was last seen alive in January 2021 and a missing person report was filed with the Marshville Police soon after. After Allen was found, Union County detectives and SBI agents pursued the case as a murder investigation after the Medical Examiner determined he died from multiple gunshot wounds.

Detectives interviewed numerous witnesses, executed search warrants and pursued countless leads during the investigation. Through the information gathered, a successfully link was made between Allen and Brewer linking to the night of Allen’s disappearance, deputies said. No evidence was found that Allen was alive after his encounter with Brewer.

Arrest warrants for Joel Isaiah Brewer charging him with first degree murder, possession of firearm by felon and felony concealment of death by secretly disposing of a human body were issued by deputies and served to him Wednesday morning at the Mecklenburg County Jail, according to a news release.

The investigation is active and on-going.