York County Man Gets 20 Years For Voyeurism, Exploitation Of A Minor

COLUMBIA, S.C. — A York County man has been sentenced to 20 years in prison for the sexual exploitation of minors and voyeurism.

In September 2018, an investigator in Wilson’s office, Kevin Atkins, started an investigation after an online user sent him sexually explicit files of children. He said his investigation traced the user sharing the material to a home in York County. The next month, a search warrant for Ehrnschwender’s home was authorized, authorities said.

Wilson said the investigation revealed that Ehrschwender had placed hidden cameras in his bathrooms and he secretly recorded friends and family members over at least an eight-year span.

Judge Daniel Dewitt Hall sentenced Ehrnschwender to 10 years each on the sexual exploitation of a minor charges and three years on each of the voyeurism charges, to run concurrent with the 20 years on the other charges. He also had to forfeit his computer and digital devices and will have to register as a sex offender.

YORK COUNTY, SC– Authorities say Mark Steven Ehrnschwender, 61, was arrested on 12 charges connected to the sexual exploitation of a minor. 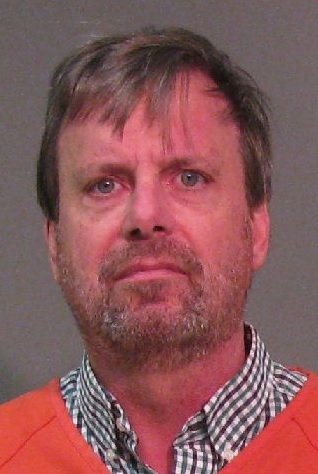 Investigators say Ehrnschwender recorded nude minor victims without their knowledge or consent, and distributed and possessed files of child pornography.

Ehrnschwender was arrested on November 12, and charged with eight counts of sexual exploitation of a minor and one count of voyeurism.

While executing a search warrant on a home in Harrisburg, detectives discovered residents inside has been running an organized retail theft ring and found close to $400,000 worth of stolen merchandise.

Police are investigating an officer-involved shooting that occurred on Thursday in south Charlotte.

A former Louisiana State Police trooper has been charged with a civil rights violation for pummeling a Black motorist 18 times with a flashlight — the first criminal case to emerge from federal investigations into troopers’ beatings of at least three Black men.

Charlotte-Mecklenburg detectives have charged a fellow officer for his involvement defrauding several private businesses while on the clock for his second job.

A 67-year-old man who was serving a portion of his active sentence at a Charlotte home is wanted after he left the residence, authorities said.

A shooting at a Tennessee grocery store east of Memphis left one person dead and injured 12 others Thursday afternoon, and the shooter was found dead of an apparent self-inflicted gunshot wound, authorities said.