Colorado Springs, CO (News Release) – The 99th running of the Broadmoor Pikes Peak International Hill Climb, brought to you by Gran Turismo, has released the top fifteen qualifiers following three days of qualifying runs on Pikes Peak – America’s Mountain. Drivers representing the best of the six racing divisions have been recognized as the first annual “Fast 15”.

Colorado’s Paul Dallenbach had the fastest time of the week with a clocking of 3:52.497. 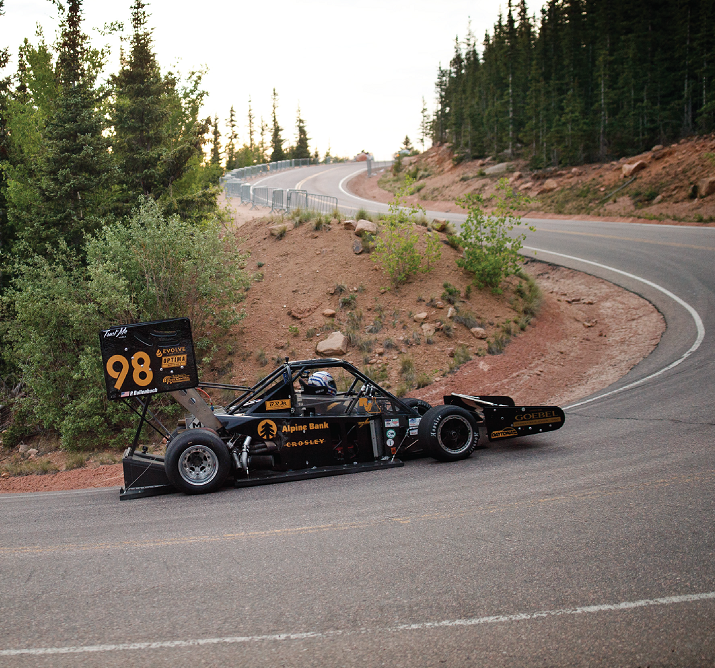 Two rookies are included in the top contenders, Don Wickstrum and Codie Vahsholtz. This elite group includes competitors representing France, Japan, New Zealand, the UK and USA. Each will be recognized at the 2021 PPIHC Awards Ceremony presented by Rebellion Timepieces. 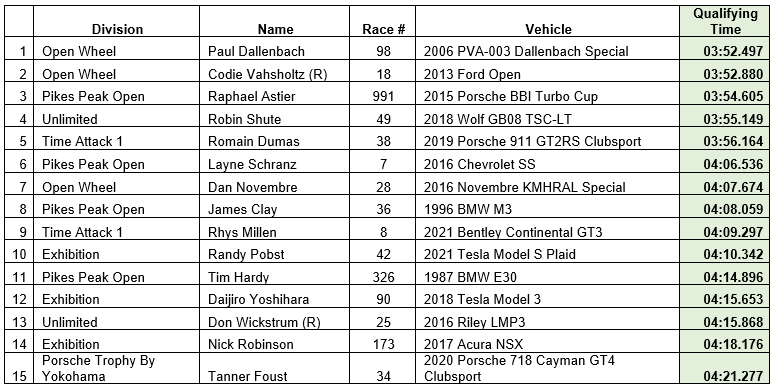 “We couldn’t be more excited about this group. They represent the best of the best,” stated Megan Leatham, Executive Director of the Pikes Peak International Hill Climb. “Every year we plan to welcome 15 new members, and as our 100th running approaches, we will integrate the Fast 15 competitors and their vehicles into several planned activities.”

Watch live race coverage on our website and mobile app starting at 9:00 AM EST on Sunday, June 27th!