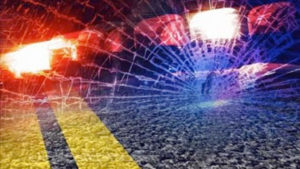 Investigators say two cars were racing on U.S. 74 near Sparrow Springs Road just before 9:30 on Saturday night, when one of the cars crashed into a third car with a father and child inside.

The six-year-old died at the hospital.

Highway Patrol says the driver of the other car could face charges.