A woman has been arrested for hitting and killing a 13-year-old boy with her vehicle in a northeast Charlotte hit-and-run that happened early Sunday, according to police.

Officers say they located a Chevrolet Equinox Monday around 7:50 a.m. in a driveway on The Plaza with damages suspected to be from the incident.

As a result, warrants were issued for 35-year-old Tamika Powell, where she was then arrested and transferred to the Law Enforcement Center for interview. 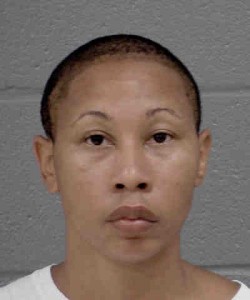 Police say following an interview Powell was transferred to the custody of the Mecklenburg County Sheriff’s Office and charged with felony hit and run, and involuntary manslaughter.

CHARLOTTE, N.C. — Charlotte-Mecklenburg detectives say they are searching for a vehicle involved in a fatal hit-and-run with a 13-year-old on Sunday.

Detectives say debris from the collision aided them in identifying the suspect vehicle as a 2016 or 2017 Chevrolet Equinox.

Detectives say the color of the suspect vehicle remains unknown, but the front, right headlight will be damaged.

Shortly after 2 a.m. on June 27th, officers say they responded to a collision on East W T Harris Boulevard.

Upon arrival, officers say they found an injured pedestrian, 13-year-old Kevin Osorto, dead at the scene.

Investigators say Osorto was walking along the right shoulder of the southbound side of East W T Harris Boulevard when he was struck by a vehicle.

Anyone with information on the whereabouts of the suspect vehicle or its driver is asked to call Detective Mercedes at 704-432-2169, extension 5, or leave an anonymous tip with Crime Stoppers at 704-334-1600 or http://charlottecrimestoppers.com/.