To make matters worse, the Lava Fire in northern California continues to burn out of control. 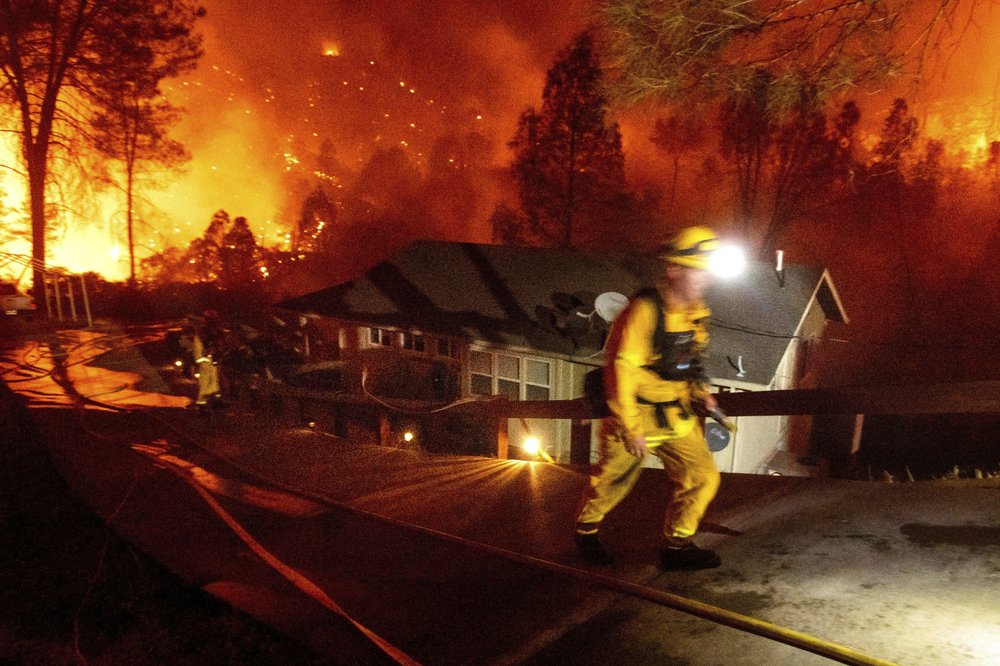 FILE – In this Friday, Aug. 21, 2020, file photo, Firefighters protect a home in the Berryessa Estates neighborhood of unincorporated Napa County, Calif., as the LNU Lightning Complex fires burn. Deadly wildfires in California have burned more than 4 million acres (6,250 square miles) in 2020, a new record for the most acres burned in a single year. California fire officials said the state hit the fearsome milestone Sunday, Oct. 4, with about two months still left in the fire season. (AP Photo/Noah Berger, File)

PORTLAND, OREGON — The Northwest is on fire – literally and metaphorically. After temperatures approached 130° in the American Southwest, nature’s blowtorch has migrated northward, bringing record-shattering heat to areas that seldom reach 90°. Washington State’s largest city, Seattle, topped out at a crispy 108° Monday afternoon, breaking the previous record of 105° set in 2005.

The heat continued to crank up to the south. In Dallesport, Washington, located near the border with Oregon, temperatures climbed to 118°, setting a new all-time state record. Portland and Salem, Oregon’s two largest cities, touched 116° and 117°, respectively, which were both all-time city records.

The average highs in the region are in the mid-70s. Most homes and buildings in the two states do not have air conditioning.

Further aggravating the situation is the Lava Fire, which as of Tuesday afternoon, has burned over 15,000 acres in northern California and is only 20% contained. Fire season in California and Oregon typically runs from July into November but has lasted considerably longer since the turn of the millennium.