The Charlotte-Mecklenburg Police Department has charged a 24-year-old man after a deadly east Charlotte shooting that happened early Sunday.

Detectives identified Azbel Cruz Castro as a suspect in the homicide case of Emmanuel Gebru after a continued investigation and a murder warrant was issued for his arrest. Castro was then located and arrested through a collaborative effort. 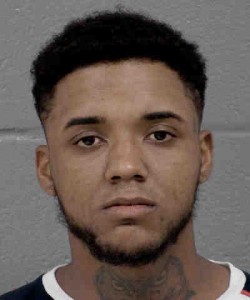 Following an interview with Homicide Unit detectives, Castro was transferred to the custody of the Mecklenburg County Sheriff’s Office and charged with murder, police said.

CHARLOTTE, N.C. — Detectives are conducting a homicide investigation after a 31-year-old man was fatally shot in east Charlotte on Sunday.

Shortly after 2:20 a.m. on June 27th, officers responded to reports of a shooting on East Independence Boulevard.

Officers say they found Emmanuel Gebru, 31, at the scene with an apparent gunshot wound.

Gebru was taken to a local hospital following the shooting, where he was pronounced dead, according to a news release.

Police ask anyone with more information to call 704-432-TIPS to speak directly with a Homicide Unit detective or leave an anonymous tip with Crime Stoppers at 704-334-1600 or http://charlottecrimestoppers.com/.