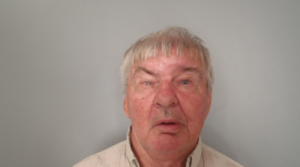 ROCK HILL, S.C. — A 79-year-old Rock Hill man has been charged after being accused of chasing two juveniles while being exposed Wednesday evening, according to police.

Officers responded to Standard Street, off of East Main Street, around 5:45 p.m. after receiving a juvenile complaint.

Police met with the caller that made the complaint, Richard Long, who stated he was arguing with two juveniles about riding mini dirt bikes on the grass last week. He stated the juveniles threw a can at him and he chased them to run them off.

According to a news release, officer then located the juveniles and a witness who observed some of the incident. It was revealed that as the juveniles were walking down the street, they were confronted by Long who made crude remarks to them and began chasing them with his genitalia exposed.

Long was arrested and charged with indecent exposure, according to police.