A 27-year-old woman has been charged for the Tuesday evening robbery of a south Charlotte Wells Fargo Bank, according to Charlotte-Mecklenburg detectives.

Ariel Anderson was identified as a suspect in the case after officers received information from the community, according to a news release. A warrant for common law robbery was issued for her arrest Wednesday. 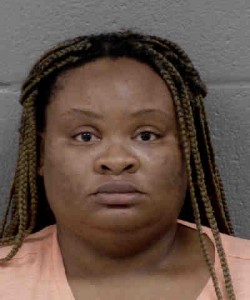 Police say she has since been arrested with assistance from the Independence Patrol Division, interviewed by detectives and subsequently transferred to the custody of the Mecklenburg County Sheriff’s Office.

CHARLOTTE, N.C. — Charlotte-Mecklenburg detectives are asking for the public’s help in identifying a suspect involved in the armed robbery of a south Charlotte bank.

According to police, the suspect entered a Wells Fargo Bank, located on Pineville-Matthews Road, around 5:20 p.m. on Tuesday. The suspect then approached the counter and passed a threatening note to the teller before leaving the building with property belonging to the bank.

Surveillance photos were captured of the suspect at the bank.

Police are requesting for anyone who recognizes the person pictured to call 911.  Information about this case can also be left anonymously with Crime Stoppers at 704-334-1600 or http://charlottecrimestoppers.com/.

Wilson's World: At Camp North End, Sharing The Story Of The Artist Behind The Popular @CLTChalkArt Instagram Account