LINCOLN COUNTY, N.C. — A 56-year-old Lincolnton man was found guilty by a Lincoln County Superior Court jury in connection with a sexual assault that happened in 2019.

Johnny Ray Izard, Sr. was found guilty of second degree forcible sex offense and crime against nature in the September 9, 2019 incident that took place at a Buck Oak Road residence. Lead investigator Detective J. Link reported Izard performed sex acts on a helpless sleeping victim during the incident, according to a news release.

Superior Court Judge Athena Brooks sentenced Izard to 94 to 173 months in the North Carolina Department of Corrections. Izard was taken into custody and is being held in the Harven A. Crouse Detention Center until his transfer to the state system.

According to officials, Izard is a repeat offender having pleaded guilty to indecent liberties with a minor in 2012.

The crime was reported in the early morning hours of September 8th, deputies say, by an 18-year-old victim being treated at Atrium Health Lincoln.

The victim says the crime happened at a home on Buck Oak Road. She was reportedly awakened by the suspect, later identified as 54-year-old Johnny Izard, Sr., in her bed and touching her inappropriately. 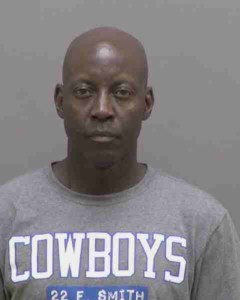 Izard has been arrested and charged with felony crime against nature. He has been placed under a $75,000 bond.

Deputies say Izard became a registered sex offender in April 2013, and is required to stay on the registry for 10 years.