BURKE COUNTY, N.C. — A homeless Burke County man, accused of shooting a victim, was found dead in his jail cell early Monday morning, according to officials.

During regular round checks at Burke County Jail, Keith Wayne Sumlin was found with a faint pulse around 2:10 a.m. Around 2:17 a.m., EMS arrived at the jail and conducted CPR until they determined Sumlin was dead. 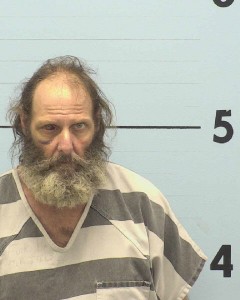 Sumlin was being housed alone in two-bed cell. Although there was no evidence of trauma or suspicious circumstances, the SBI was requested to conduct an independent investigation.

According to a new release, Sumlin was arrested after deputies responded to a kidnapping and assault with a deadly weapon call for service around 5 a.m. on July 4th to Cedar Street in Connelly Springs.

Upon arrival, deputies were informed that there had been an altercation involving several people, including a female and three men, in the woods around Cedar Street. The female reported she had been held against her will at gun point for several hours.

An investigation revealed that shortly before 5 a.m., Sumlin shot Timothy Alan Hyler with a shotgun striking him in the head. Hyler was transported to a medical center by helicopter and his condition is unknown at this time. Sumlin was arrested at the scene and charged with AWDWISI.