BURKE COUNTY, N.C. — A 32-year-old Morganton man is facing charges after being accused of having indecent liberties with a child, according to Burke County deputies.

The sheriff’s office launched an investigation after receiving a report on July 1 with allegations concerning possible indecent liberties with a child.

A warrant was then issues for Van Martin Edwards for felony indecent liberties with a child, according to deputies. He was arrested on July 2 without incident. 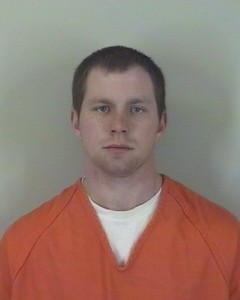 Edwards was issued a $20,000 unsecured bond and was released. Edwards’ next court date is July 26, 2021, in NC District Court, Morganton.