ALEXANDER COUNTY, N.C. — A 37-year-old man who was wanted in Florida for child sex crimes was arrested in Alexander County Tuesday afternoon, according to deputies.

Deputies responded to a Icard Ridge Road home in the Bethlehem community of Alexander County where they located officers located the suspect, identified as Michael Dean Hawley. Hawley was wanted for 15 counts related to internet child sex crimes in the state of Florida. 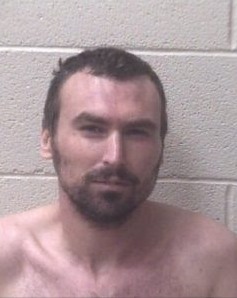 Hawley was taken into custody and transported to the Alexander County Sheriff’s Office without incident where he was served with a Fugitive Order for the charges in Florida, deputies said. Hawley was placed under a $1 million secured bond with a first appearance date set for Monday in Alexander County District Court.