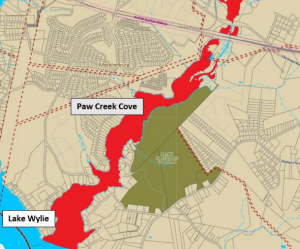 CHARLOTTE, N.C. – Officials are urging people not to swim in a portion of Lake Wylie which is affected by a sewage spill.

847,000 gallons of untreated sewage got released from the Paw Creek Lift Station on Old Dowd Road, due to a pipe alignment issue.

Officials issued a “no swim advisory” for Paw Creek Cove on Lake Wylie until further notice.

The misaligned pipe has now been repaired.