LINCOLNTON, N.C. — A 35-year-old Denver man was arrested Friday on multiple charges for distributing large amounts of methamphetamine across several counties including Lincoln, Catawba and Iredell, according to deputies.

Steven Earl Abernathy was identified in June 2021 for distributing large amounts of crystal meth in multiple counties, according to deputies. In a joint operation, the narcotics officers were able to purchase approximately 1,000 grams directly from Abernathy who was obtaining the narcotics from out of state. 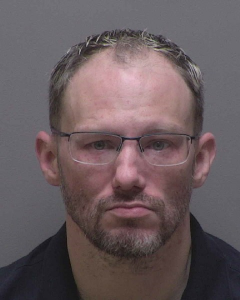 During a search of the Timber Ridge Trail residence, narcotics investigators seized eight ounces of methamphetamine and drug paraphernalia. The street value of the crystal meth seized in Iredell, Catawba and Lincoln County totaled $128,100.

In Lincoln County, Abernathy is charged with felony trafficking by possession, trafficking by manufacturing, possession with the intent to deliver and sell methamphetamine, maintaining a dwelling place for a controlled substance, and possession of drug paraphernalia, according to deputies. He is being held in the Iredell County Detention Center and is facing a number of felony charges from Iredell and Catawba Counties.

Lincoln County Sheriff Bill Beam said, “I’m proud of the work our task force of neighboring law enforcement agencies has done and will continue to do.”