Charlotte-Mecklenburg police have charged a 19-year-old man for an east Charlotte shooting that left an 18-year-old dead in early July.

Through an investigation and assistance from the community, detectives identified Hakim Leonard Eads as the suspect in the Dekoven Kali Ware homicide case. 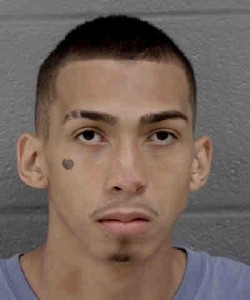 According to police, Eads was arrested by CMPD and interviewed before being transferred to the custody of the Mecklenburg County Sheriff’s Office and charged with murder, assault with a deadly weapon with intent to kill inflicting serious injury, and possession of firearm by convicted felon.

CHARLOTTE, N.C. — An 18-year-old was killed and another victim was hospitalized after an east Charlotte shooting that happened late Wednesday night, according to police.

Officers responded to Turtle Neck Lane around 11:45 p.m. after an assault with a deadly weapon with injury call for service. Upon arrival, two victims were found suffering from gunshot wounds.

One of the victims, identified as Dekoven Kali Ware, was pronounced dead at the scene by Medic.

The identity of the second victim along with the severity of their wounds is unknown.