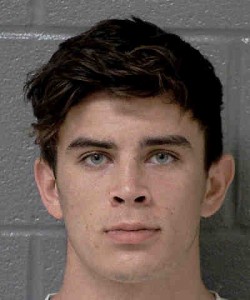 According to jail records, officials issued warrants for his arrest in California after he allegedly assaulted a 24-year-old man in uptown Charlotte on July 26th. Grier is also accused of stealing the man’s $1,200 iPhone.

Police have not said what led to the attack.

He is the younger brother of Carolina Panthers back-up quarterback Will Grier.