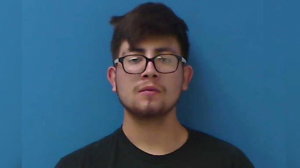 HICKORY, N.C. — A teenage girl was killed in a hit-and-run collision in Hickory and a 18-year-old man later turned himself in.

A news outlet said police have identified the slain girl as Brianna Nicole Page. The 17-year-old died at the crash scene. Police report that Page was walking to her job when she was struck early Saturday morning.

Officials told a news outlet that suspect Cesar Lozano-Mendoza later turned himself over to the Hickory Police Department.

He’s been charged with felony hit-and-run resulting in injury or death and misdemeanor for traveling left of center. It wasn’t immediately known if he had a lawyer.