A 26-year-old woman has been arrested for the fatal stabbing of a man in Salisbury that happened Tuesday morning, according to the police department.

Police said they obtained a murder arrest warrant for Brianna Lee Vaughn after an initial investigation. 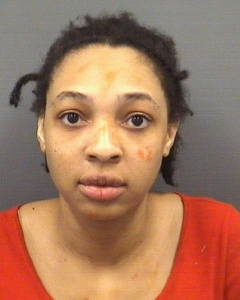 Vaughn was taken into custody around 5 p.m. Tuesday and served with the outstanding warrant, according to a news release.

SALISBURY, N.C. — A Salisbury homicide investigation is underway after an early Tuesday morning stabbing left a 27-year-old dead, according to police.

The Salisbury Police Department responded to Pearl Street around 2:45 a.m. after receiving a report about a stabbing. Upon arrival, officers located the victim, identified as Arturo Alonso, suffering from a stab wound.

Alonso was transported to Novant Hospital where he died due to his injuries, according to police.

The Salisbury Police Department’s Criminal Investigation Division is actively investigating the incident and ask that anyone with information please contact Detective Everette at (704) 638-5333, (704) 638-5262 or email: investigations@salisburync.gov.