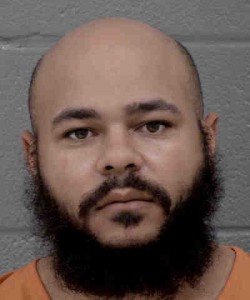 CHARLOTTE, N.C. — A 29-year-old man is facing charges in connection to multiple violent attacks within two days including the fatal stabbing of a man in east Charlotte, police said.

The police have connected three assaults to the suspect in the case, identified as Bryan Feliz-Ramirez, which started Sunday night. Police responded to North Tryon Street in Uptown Charlotte around 10:40 p.m. after an assault with a deadly weapon call for service. Upon arrival, the victim informed officers that he was injured after an unknown suspect cut him with a weapon.

On Monday, around 11:30 a.m., officers responded to Tuckaseegee Road in northwest Charlotte in reference to a similar assault call. The second victim in the case informed officer that he was assaulted with a bladed weapon by an unknown suspect.

Later on Monday, officers responded to an urgent care facility located on Albemarle Road in east Charlotte in regards to an assault. Officers learned that the victim, identified as 27-year-old William Burnham, had been stabbed by an unknown suspect on Albemarle Road, according to police. The victim was then transported to a local hospital with life-threatening injuries.

Through evidence and information gathered, detectives linked all three cases to Feliz-Ramirez. Feliz-Ramirez was interviewed by detectives Tuesday, arrested and transferred to the custody of the Mecklenburg County Sheriff’s Office. He was then charged with attempted 1st degree murder, assault with a deadly weapon inflicting serious injury, and two counts of assault with a deadly weapon intent to kill inflicting serious injury, according to police.

Burham died due to his injuries from the assault Wednesday, police said, resulting in the case now being classified as a homicide. Detectives have obtained an additional warrant against Feliz-Ramirez for murder that will be served while he is still in custody.

Anyone with information about this incident is asked to call 704-432-TIPS and speak directly to a Homicide Unit detective. Detectives with the Charlotte-Mecklenburg Police Department’s Homicide Unit have charged  for his involvement in a recent murder.