With her marriage about to implode, Miriam (Sims-Fewer) returns to her hometown to seek solace in the comfort of her younger sister and brother-in-law. But one evening, a tiny slip in judgement leads to a catastrophic betrayal, leaving Miriam shocked, reeling, and furious. Believing her only recourse is to exact revenge, Miriam takes extreme action, but the price of retribution is high, and she is not prepared for the toll it takes as she begins to emotionally and psychologically unravel.

Text “REVENGE” to 31403 by 9 PM Tuesday, September 21st for your chance to win the horror thriller, VIOLATION – three winners will each get a copy on Blu-ray. Violation is available on Digital HD and Blu-ray on September 21st, 2021 from RLJE Films. 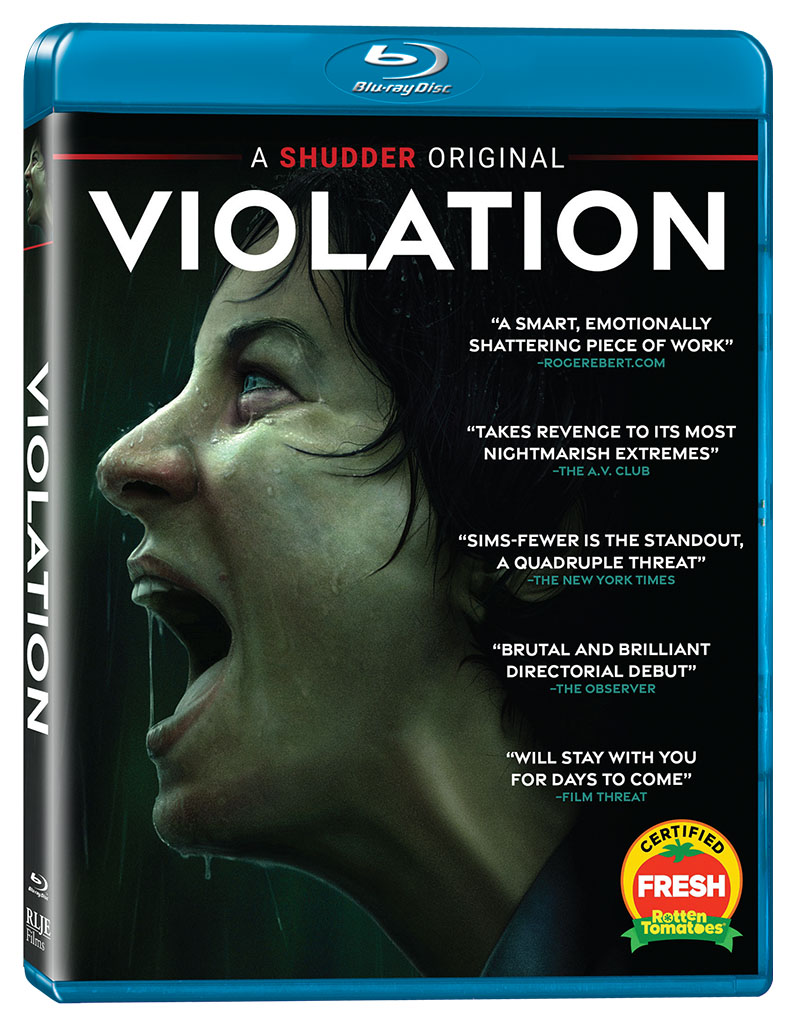 “takes revenge to its most nightmarish extremes” – The A.V. Club

“Sims-Fewer is the standout, a quadruple threat” – The New York Times

“will stay with you for days to come” – Film Threat

The feature screenwriting and directorial debut of Madeleine Sims-Fewer and Dusty Mancinelli, VIOLATION stars Sims-Fewer along with Anna Maguire (Ever After: A Cinderella Story), Jesse LaVercombe (“Murdoch Mysteries”), and Obi Abili (21 Bridges, “Billions”). VIOLATION had its World Premiere at Toronto International Film Festival, International Premiere at Sundance Film Festival and screened at SXSW. Sims-Fewer received a TIFF Rising Star award for her performance.

HOW TO WIN: No purchase necessary. Viewers must text the word “REVENGE” to 31403 by 9 PM Tuesday, September 21st, 2021. Winners will be randomly selected at 9 PM and sent a confirmation text detailing how to claim the prize.

Deadline for entries is 9 PM Tuesday, September 21st, 2021.
One entry per person; any duplicate entries will be disqualified. One winner per household.
If the user is not already a WCCB VIP Text Club member, they will be prompted to join and will receive up to 2 messages/requests.
Users can opt-out of the WCCB Text Club by texting STOP to 31403 at any time.

7) Winners will be notified by text no later than 10 PM Tuesday, September 21st, 2021 with instructions on how to claim the prize. Prize must be claimed by 5pm Friday, October 22nd, 2021. Please don’t come to the station unless instructed to do so.