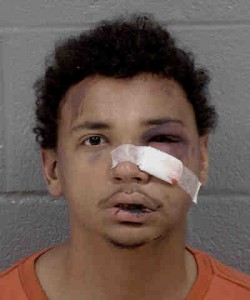 HUNTERSVILLE, N.C. — A 21-year-old was arrested Saturday evening after two victims were found suffering from gunshot wounds at a Huntersville apartment complex.

Police also located a suspect at the scene suffering from injuries from an assault that happened during the incident. The victims and the suspect were transported to the hospital, but were later released.

The suspect, identified as Brian Collins, was arrested and charged with two counts of assault with a deadly weapon inflicting serious injury with intent to kill and transported to the Mecklenburg County Jail.

Anyone with information related to this incident should contact Lieutenant Sean Freeston of the Huntersville Police Department at 704-464-5400 or North Mecklenburg Crime Stoppers at 704-896-7867. You can also visit http://www.northmeckcrimestoppers.org.