STATESVILLE, N.C. — Statesville Police arrested Tracy Knight on Friday after executing a search warrant on his home and finding evidence connecting him to child pornography. 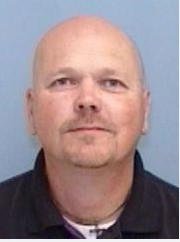 After further investigation, investigators determined Tracy Knight was linked to the files of child pornography found.

During their search, police say they found numerous items of evidence linking Knight to child pornography.

Knight was then taken into custody and charged with three counts of 3rd Degree Child Exploitation, according to a news release.