A man was arrested in York County, South Carolina Friday after deputies said he shot and killed his foster brother while ‘playing’ with his gun in Kannapolis Thursday.

The Rowan County Sheriff’s Office identified 28-year-old Jahrell Dashawn McKenzie, Jr. as the suspect for the shooting of a 17-year-old after conducting interviews at the scene and collecting evidence. Investigators learned that Mckenzie was at the residence at the time of the incident, and had a handgun in his possession that he was “playing” with. 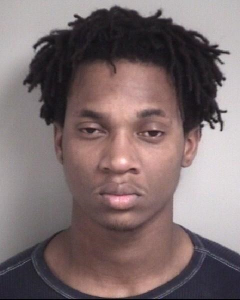 The handgun discharged while Mckenzie was handling the weapon and fired a shot that struck the 17-year-old boy in the upper back, deputies said. The teenage victim died at the scene shortly after the shooting occurred and McKenzie left the scene.

McKenzie was found Friday morning in York County, South Carolina. The Rowan County Sheriff’s Office obtained an arrest warrant for involuntary manslaughter for the suspect and extradition proceedings began to transport him back to Rowan County.

ROWAN COUNTY, N.C. — The Rowan County Sheriff’s Office is investigating a homicide after a body was found Thursday morning.

Deputies were dispatched to Fowler Street in Kannapolis just before 10 a.m. to investigate a possible shooting. Upon arrival, deputies located a victim of a homicide at the location.

Deputies immediately began investigating the incident, and called for the Criminal Investigative Division of the Rowan County Sheriff’s Office to respond to join the investigation, according to a news release.

The investigation in to the homicide is active and ongoing.

Don't Waste Your Money: The Expensive Car Repair That Kia and Hyundai Owners Can Get For Free

CMPD: 2 Suspects Identified In The Murder Of An 18-Year-Old In North Charlotte