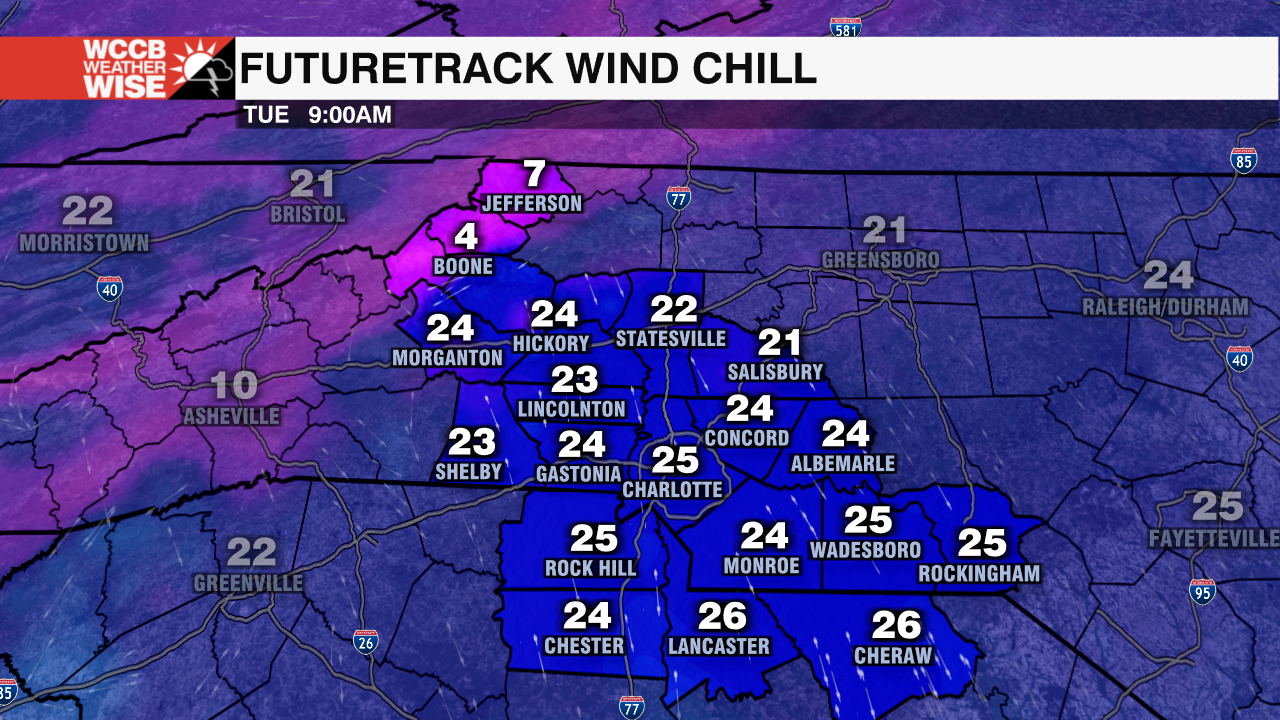 CHARLOTTE, N.C. — Strong winds. Sub-zero wind chills. Snow. These are conditions one might expect to see in a February nor’easter. Instead, they’re heading to the Carolinas just in time for Thanksgiving. While the holiday itself looks to be sunny and warmer, the Charlotte Metro could see the 20s for the first time in over 230 days Tuesday morning. 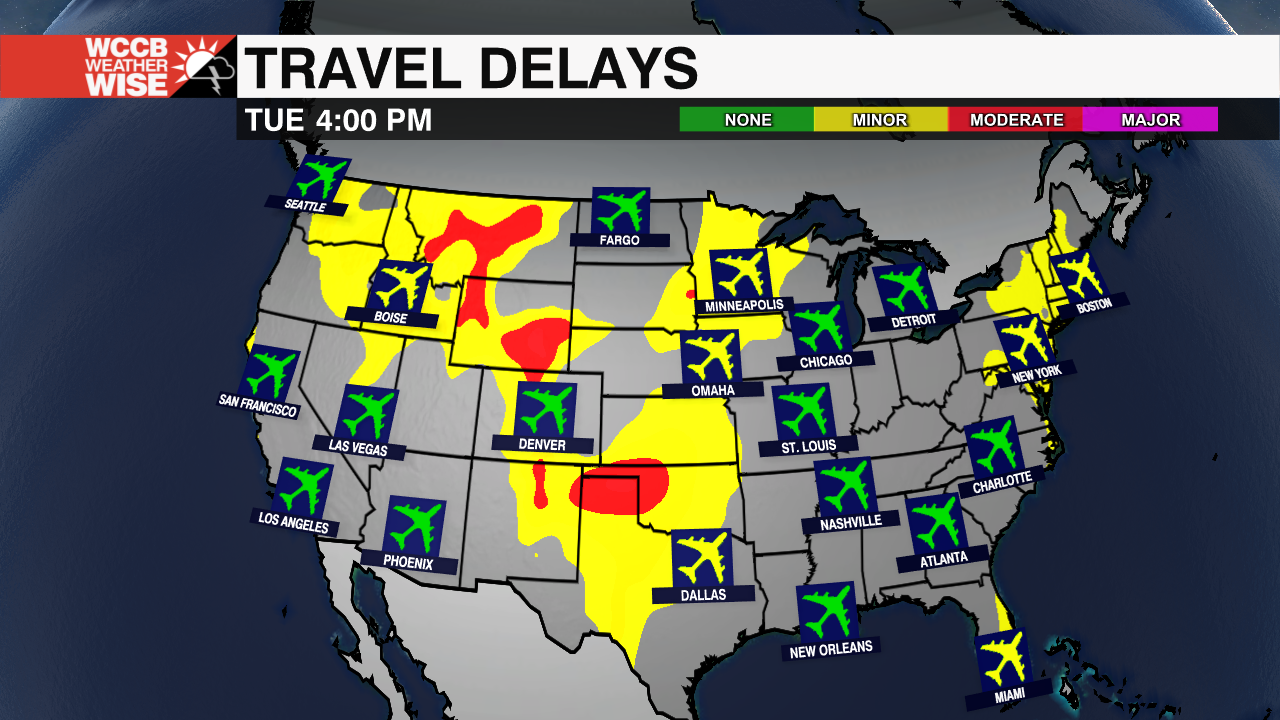 A strong cold front will dive into the eastern half of the U.S. early next week, bringing rain, snow, wind, and cold air to much of the region. While precipitation shouldn’t be a big deal for the Carolinas, it will be for other locations across the country. Gusty winds and snow could prompt delays for many Northeast and Central U.S. destinations for one of the busiest travel weeks of the year. If you’re heading to the airport next week, make sure to arrive at least two hours early and double-check your flights for any cancellations or delays.

A Bitter Chill to Swallow 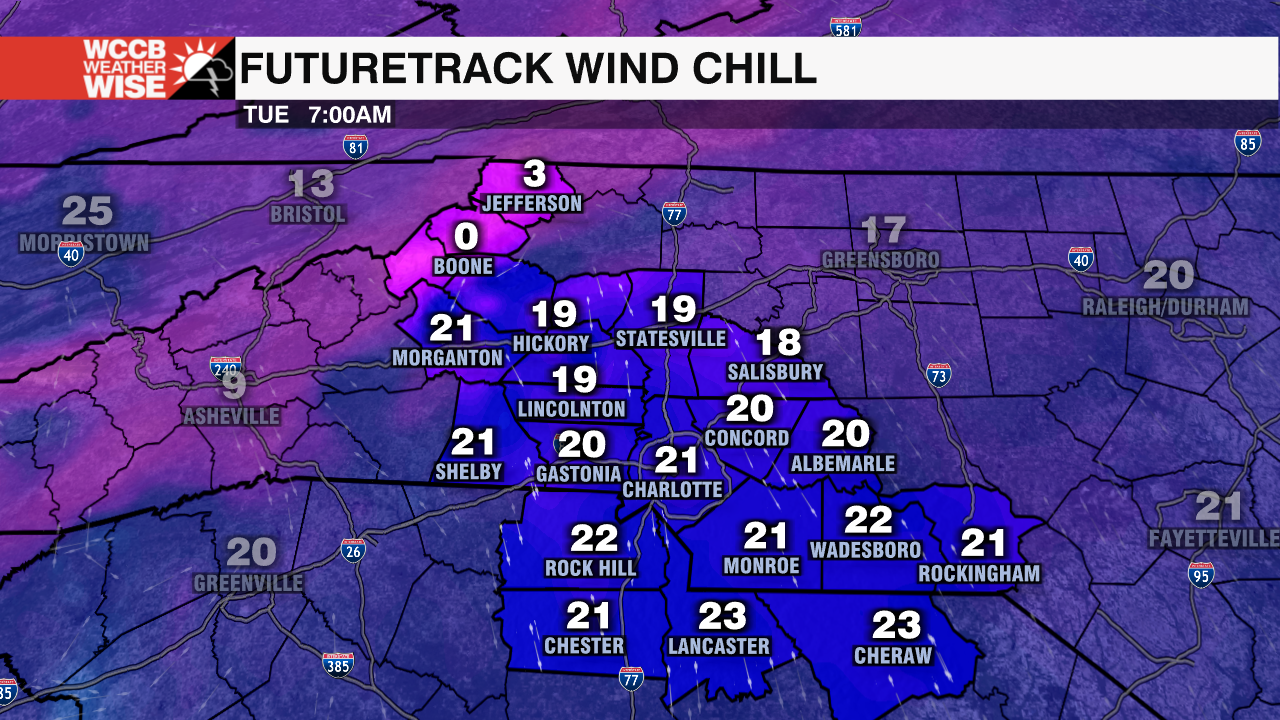 There’s no place like home for the holidays, but don’t think that we’ll get out of this cold snap scot-free. In fact, many of us will wake up to near-record lows Tuesday morning. The High Country could even see bone-chilling sub-zero wind chills for the second day of the holiday week. If they aren’t already, bring pets and plants indoors this weekend to ensure no frost damage occurs. If you have a garden or large plants that cannot be brought in, cover them up with a tarp or a blanket. 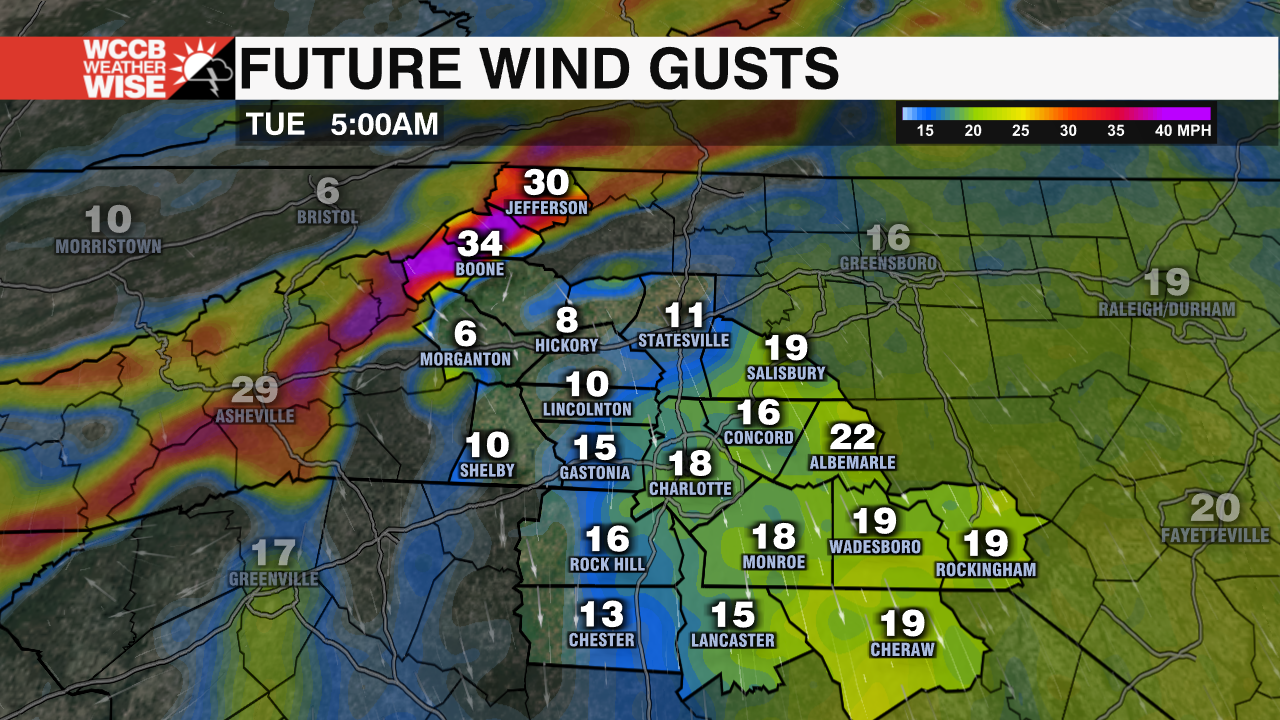 To make matters worse, wind gusts could approach 40 mph in the High Country Tuesday morning. It won’t be a walk in the park for the Queen City, either; gusts upwards of 20 mph could lead to a few delays at the airport. 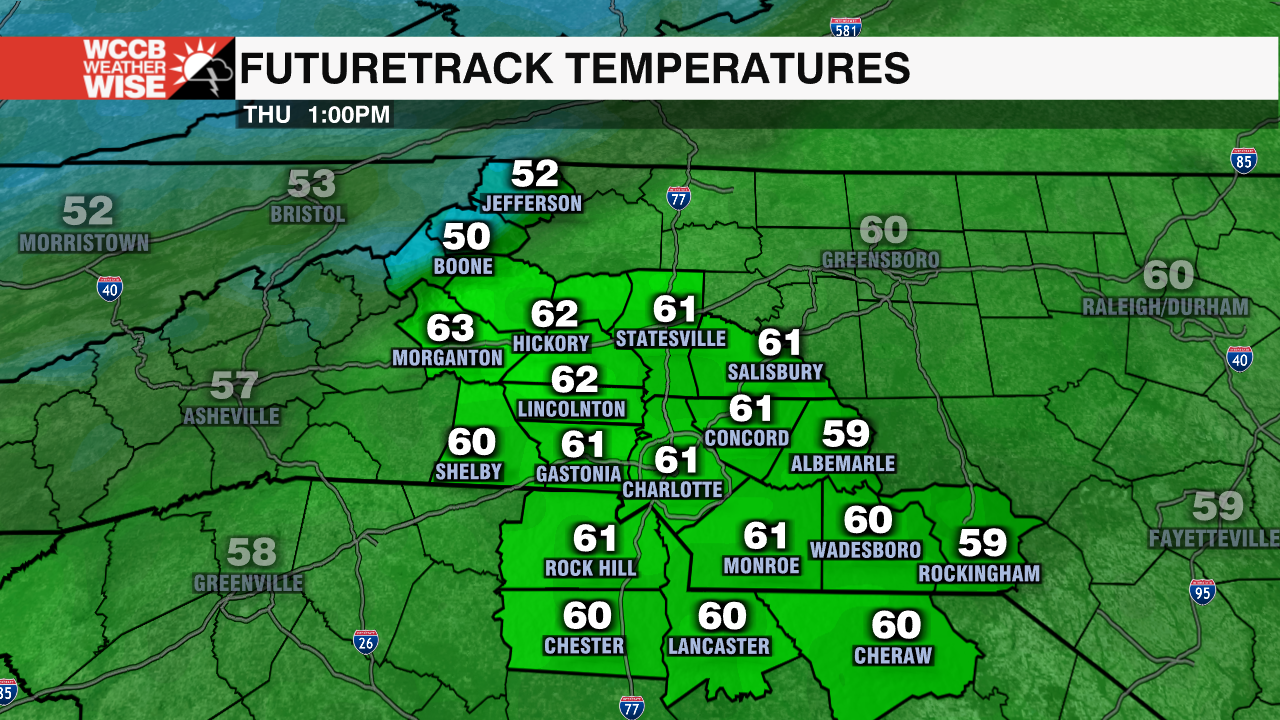 The good news is that the bitter chill on the way won’t last very long. While it won’t exactly be beach weather, sunshine and temperatures in the 60s return just in time for Thanksgiving. High pressure will build in from the west, which will keep things comfortable for the second half of the week ahead.