CHARLOTTE, N.C. — Police have arrested one suspect in the shooting that sent five people to the hospital late Friday night.

Charlotte Mecklenburg Police have arrested Davion Redfearn, 40, in connection with the shooting on Marney Avenue in the Grier Heights neighborhood. 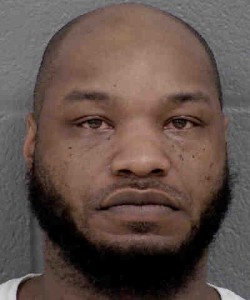 Shortly before 10 p.m. on Friday night, police responded to the assault with a deadly weapon call. There is still a second shooter at large.

Five people were transported to the hospital with non-life-threating injuries.

Police also wish to question the driver of this car. The public is asked to call Crime Stoppers at 704-334-1600 if they have any information.

This is an active investigation. Check back with WCCB Charlotte for more information.

CHARLOTTE, N.C. — Five people were taken to the hospital after shots were fired in the Grier Heights neighborhood Friday night.

The shooting happened just before 10 p.m. on Marney Avenue. Medic says four people were transported with serious injuries and one person was transported with non-life threatening injuries. Police have not said what led to the shooting.