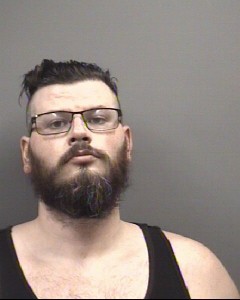 The sheriff’s office started an investigation in December when the Department of Social Services received a report that two female juveniles had been sexually assaulted. The victims were interviewed at the Terrie Hess House Child Advocacy Center and details were confirmed about the sexual abuse, according to a news release.

Investigators determined that Jacob McCoy, a registered sex offender and the identified suspect in the case, secretly videoed the victims while bathing and recorded one child preforming sexual acts.

Detectives arrested McCoy on Friday for the sexual abuse of a 12-year-old and 13-year-old.