CHARLOTTE, N.C. — A Charlotte firefighter has been arrested for allegedly assaulting his wife and 17-year-old son during a domestic disturbance on Wednesday, according to CMPD.

Officers charged Vincent Wolfe for Assault of a Woman and Assault on a Minor for his involvement in the domestic violence incident. 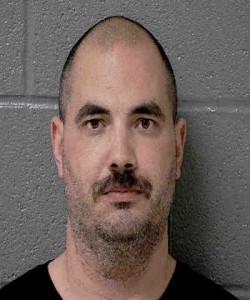 Around 7:40 p.m., officers were dispatched to a home on Tarlton Drive in reference to a domestic assault taking place.

At the scene, officers say they were able to separate and talk to all parties involved.

Through their investigation, police learned that Wolfe has assaulted his wife and son during the disturbance and placed him under arrest.

Wolfe was then taken into custody of the Mecklenburg County Sheriff’s Office, where he was charged.

Wolfe has been employed with the Charlotte Fire Department since February of 2003 and was assigned to Station 32 as a Captain, according to a news release.

Police say Captain Wolfe has been placed on administrative leave, pending the outcome of an internal investigation by the Charlotte Fire Department.

Anyone with further information on this case is asked to leave a tip anonymously with Crime Stoppers at 704-334-1600 or by visiting http://charlottecrimestoppers.com/.