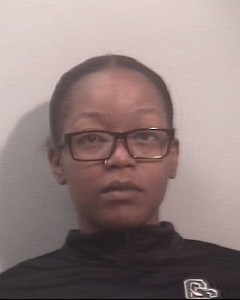 A 25-year-old Concord woman has been arrested for fatally hitting a pedestrian with a vehicle Tuesday night, according to police.

According to a news release, the victim in the case has been identified as 26-year-old Katilyn Ball of Concord.

Keshara Bridges arrived at the Concord Police Department with her attorney and turned herself in Wednesday. Concord Police also recovered Bridges’s 2010 Nissan Altima from the parking lot of the Ivy Hollow Apartments on Milhaven Lane in Charlotte.

The Concord Police Department has charged Bridges with involuntary manslaughter, felony hit and run and driving while license revoked.

Bridges was placed in the custody of the Cabarrus County Jail under $50,000 bond. 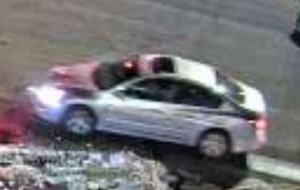 CONCORD, N.C. — The Concord Police Department is asking for the public’s help locating the vehicle responsible for fatally hitting a pedestrian Tuesday night.

Police responded to the intersection of Union Street South and Ridge Avenue SW around 8:15 p.m. after a report of a hit and run motor vehicle crash involving a pedestrian.

The unidentified pedestrian died at the scene, according to authorities.

The vehicle is believed to be a silver or grey 2010-2012 Nissan Altima with a sunroof. Police say the vehicle has considerable damage to the right front corner and was last seen turning onto Interstate 85-South from Concord Mills Boulevard at 8:31 p.m.

Anyone who witnessed the crash or has information regarding this vehicle or driver is asked to contact the Concord Police Department at (704) 920-5000 or anonymously through Cabarrus Area Crime Stoppers by calling (704) 93-CRIME.