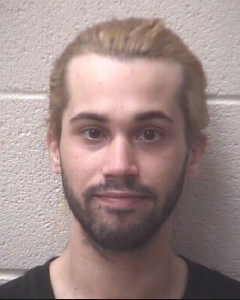 ALEXANDER COUNTY, N.C. — A 27-year-old Caldwell County man has been arrested for indecent liberties with a minor, according to the Alexander County Sheriff’s Office.

The investigation was sparked after the sheriff’s office received a report of a possible sexual assault of a 13-year-old on Jan. 4. Alexander County Department of Social Services was notified of the allegations.

According to the report, the incident occurred over the Thanksgiving holiday. Through a continued investigation, investigators identified Corey Anderson as the suspect in the case.

Anderson was charged with one count of indecent liberties with a child, according to deputies. He was arrested in Caldwell County and given a $50,000 bond.

According to a news release, Anderson was transferred to Alexander County Detention on Jan. 19.