HICKORY, N.C. — A former Hickory, N.C. police sergeant faces three years in prison for assaulting and seriously injuring a woman under arrest back in 2013, according to a federal jury.

Authorities say Robert George, 49, was originally put on probation for his involvement in the following incident, but on Thursday, he was resentenced to three years in prison and one year of supervised release. 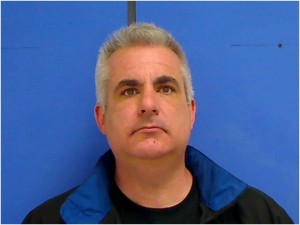 In 2013, George was caught on camera forcibly pulling a woman out of his police car and slamming her face-down onto the ground in the driveway just outside the police station.

The impact with the pavement caused the women to suffer serious injuries including a broken nose, severe dental trauma that required multiple surgeries, and facial lacerations, according to a news release.

Following the assault, authorities say George locked the woman in a cell and placed a spit-hood over her head because she was bleeding severely.

“Police officers who violently and unlawfully assault people in their custody, causing severe physical injuries and trauma, are not above the law and will be held accountable,” said Assistant Attorney General Kristen Clarke for the Justice Department’s Civil Rights Division. “This sentencing sends a strong message that the Justice Department will continue to aggressively prosecute officers who abuse their power by using unlawful force on people in their custody.”

The assault was captured by the police station’s security camera.

“The security video of George’s actions that day in 2013, is sickening,” said Special Agent in Charge Robert R. Wells of the FBI Charlotte Division. “We are grateful to our partners at the Hickory Police Department who immediately began an internal investigation and requested state and federal assistance. We hope today’s resentencing sends a message that no one is above the law, and everyone deserves to be treated with respect and dignity.”