The Rock Hill Police Department arrested and charged a second suspect Sunday night in connection to the homicide case of a 32-year-old.

Following the arrest of Jamie Williams in February, detectives were able to identify 19-year-old Nehemiah Boular, of Fort Mill, as another suspect.

Detectives determined Boular had knowledge Williams committed the murder and provided assistance to Williams to flee the area to escape. This was done as Boular waited in a nearby vehicle and drove Williams from the scene just after the crime was committed, according to authorities.

Police said Boular was arrested and transported to the Rock Hill Jail where he was served his warrant for accessory after the fact.

The Rock Hill Police Department has identified a suspect in the fatal Rock Hill shooting that left a man dead early Tuesday morning.

Police say 25-year-old Jamie Gavantay Williams, of Rock Hill, was identified as a suspect and warrants were issued for his arrest. 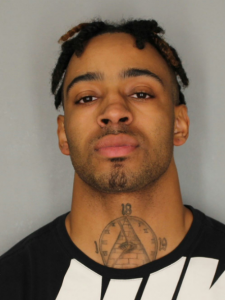 Williams was served with warrants for murder, possession of a firearm during a crime of violence, and unlawful carrying of a firearm, police said.

A hold was also placed on Williams as he is currently wanted by Mecklenburg County for other charges, according to a news release.

The Rock Hill Police Department responded to a home on Coronet Court around 2:40 a.m. after receiving a call for a welfare check of an individual on the ground. The caller also informed officials that gunshots were heard around 25 minutes before the call.

Upon arrival at the scene, officers located an unidentified man unresponsive and suffering from a gunshot wound. EMS and the York County Coroner’s Office responded to the scene where the victim was pronounced dead.

If anyone has any information regarding the incident, they are asked to call 803-329-7293.