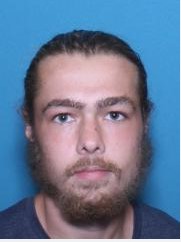 STATESVILLE, N.C. — A Statesville man has been arrested after a victim was found fatally shot in a wrecked vehicle Wednesday night, according to police.

The Statesville Police Department responded to a breaking and entering in progress call for service around 8 p.m. As officers were responding to the scene, they received additional information that shots were fired in the area and a vehicle was wrecked.

Upon arrival, officers located a vehicle struck a fence and the driver was shot. The driver was pronounced dead at the scene.

Police detained the suspected shooter at the scene, identified as Hunter Cottle. After investigators gathered evidence, warrants were obtained for Cottle for homicide, police say.

Authorities determined that the suspect and the victim in the incident knew each other.

Cottle was taken before a magistrate and placed in the Iredell County jail with no bond.

The investigation is active and ongoing.