Abducted Child In Wingate Has Been Located

Police responded to a call late Sunday, April 10 at approximately 9 p.m.  According to a news release a child was reported abducted from Glencroft Drive near the Monroe Express way.

After further investigation, officers discovered Bennet, who is reportedly the mother of the missing child, has an outstanding warrant for abduction of a child. 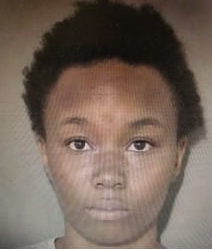 Police say, the child was located and sent back safely to the legal caregiver. The suspect, Bennet has not been located.