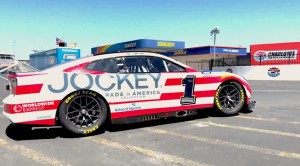 CONCORD, N.C. (News Release) — NASCAR drivers Bubba Wallace, Ross Chastain and Cole Custer spent Tuesday afternoon and evening at Charlotte Motor Speedway for a Goodyear tire test in preparation for the 63rd running of the Coca-Cola 600 on May 29.

Drivers tried different tire combinations on their respective Next Gen race cars both during the afternoon sun and under the lights to simulate the changing track conditions race teams typically face during NASCAR’s annual 600-mile test of man and machine.

Tickets, camping and upgrades for every event are available at the gates, by visiting charlottemotorspeedway.com/tickets or calling 1-800-455-FANS (3267).