Cayce Police Officer Fatally Shot In The Line Of Duty 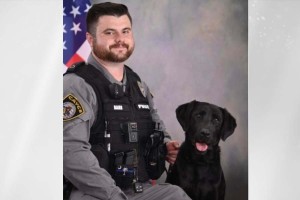 Officers responded to a call on Rossmore Road near 12th Street Extension at approximately 2 a.m. Upon arrival, officers found a man in the front yard of the residence and began to approach him when gunshots were fired from inside the house, according to a news release.

Officers say one of the shots struck and killed Officer Barr.

Columbia Police Department negotiators attempted to resolve the domestic disturbance peacefully however, after a seven-hour stand-off, the suspect, identified as 36-year-old Austin Henderson, took his own life.

Chief Cowan released a statement in regards to Barr’s death: