TSA notified CMPD officers and airport administration that a gun was located in a bag at a security checkpoint, CMPD said on Twitter. 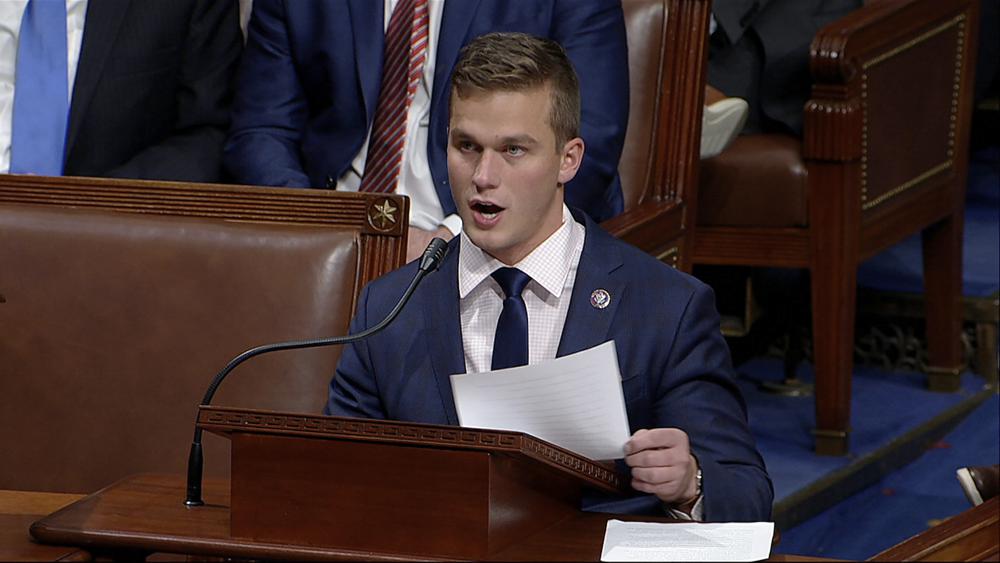 CORRECTS YEAR IN SECOND REFERENCE TO 2022 FILE – In this image taken from video, Rep. Madison Cawthorn, R-N.C., speaks at the U.S. Capitol, Jan. 7, 2021. A group of North Carolina voters told state officials on Monday, Jan.10, 2022 they want Cawthorn disqualified as a congressional candidate, citing his involvement in last January’s rally in Washington questioning the presidential election outcome before a Capitol riot later that day. (House Television via AP, File)

“It is standard procedure for the CMPD Airport Division to cite in lieu of arrest for the misdemeanor charge of Possession of a Dangerous Weapon on City Property unless there are other associated felony charges or extenuating circumstances.” said CMPD on Twitter.

Police confiscated the weapon and released Cawthorn.  No further details have been provided at this time.