Deputies apprehended a suspect facing a murder charge in the death of 35-year-old Jonathan Ross on Thursday.

Nolan Smith was arrested around 3 p.m., after being found on I-40 East near exit 123, according to authorities.

Burke County Deputies are searching for the suspect connected to the death of 35-year-old Jonathan Ross. Ross was found dead in the street on Friday, April 22. 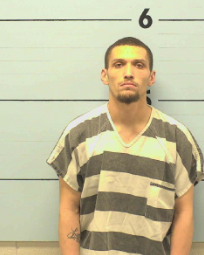 Deputies have requested assistance from the U.S Marshals in locating Smith. No additional information at this time. Check back for updates.

BURKE COUNTY, N.C. — A death investigation is underway after a man was found lying unresponsive in a Burke County street early Friday.

Deputies with the Burke County Sheriff’s Office responded to Spaniel Street around 12:35 a.m. after receiving an assault call of service. Upon arrival, deputies found a man laying in the street unresponsive with no pulse.

Deputies started CPR until Burke County EMS arrived at the scene. He was pronounced dead.

Burke County Sheriff’s Office Criminal Investigations Division was called to the scene to investigate the cause of death.