The Charlotte-Mecklenburg Police Department has charged an 18-year-old with murder after a deadly shooting at a Target parking lot in north Charlotte.

Through a continued investigation, officers identified Khamarin Floyd as the suspect in the homicide case of Aveon Baker. Arrest warrants were then issued for the suspect. 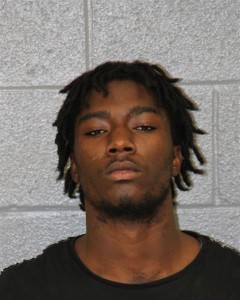 Detectives located and arrested Floyd without incident on Saturday.

Floyd was transported to the Law Enforcement Center, located on East Trade Street, and interviewed by homicide detectives. After the interview, Floyd was transferred to the custody of the Mecklenburg County Sheriff’s Office and charged with murder, according to police.

CHARLOTTE, N.C. — Police are searching for multiple suspects after a deadly shooting Wednesday night in the Target parking across from Northlake Mall.

Officers were called to the Target parking lot on Northlake Centre Parkway at 8:30 p.m. in reference to the shooting. 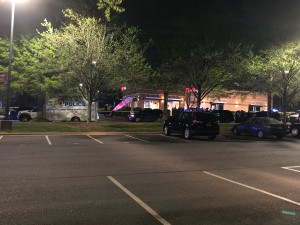 At the scene, police discovered the shooting actually occurred behind the Wendy’s in the Target parking lot.

Medic pronounced one person, identified as 19-year-old Aveon Baker, dead at the scene.

Additional officers were also been called to the scene to set up a large perimeter, including a wooded area, to search for suspects.