Officers say 57-year-old Stephanie Snipes was last seen leaving her home near The Arboretum Shopping Center near Providence Road in Charlotte on March 27, 2022. 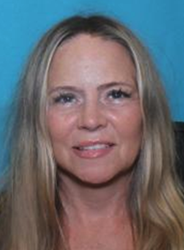 According to a news report, Snipes was last seen driving away in a black 2013 Chevrolet Impala with a temporary NC paper tag, the vehicle’s driver-side door mirror was also missing at the time she left.

Snipes is described as a small framed Caucasian woman, about five feet two inches, and has blonde hair and blue eyes.

Family members say she has not been in contact since leaving their home and are concerned for her well-being.

Police are asking anyone with information to call 911 immediately.