The Earth's shadow will turn the moon dark red 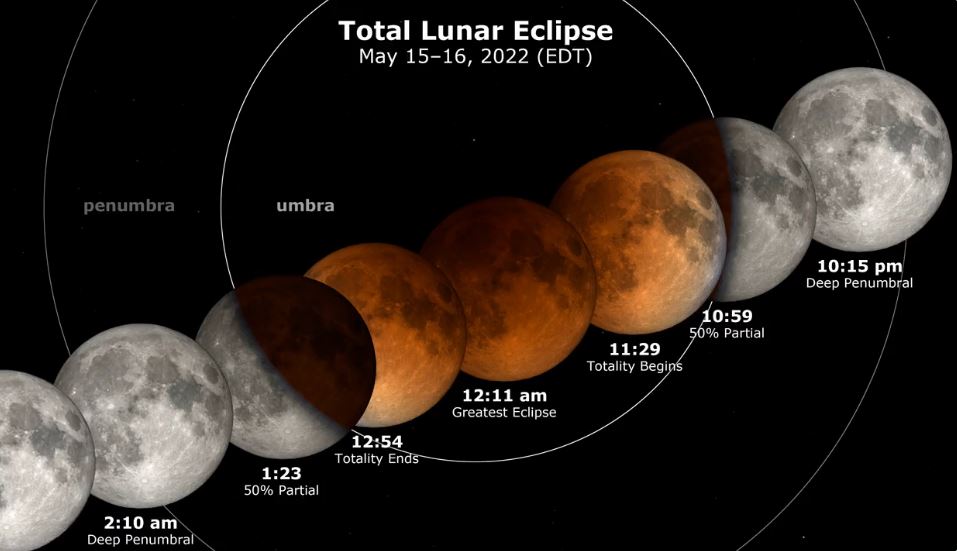 Unlike a solar eclipse, a lunar eclipse is safe to look at with the naked eye.

Lunar eclipses only occur during a full moon. The May full moon is known as the “Flower Moon” which was named by Native Americans as it will rise during a time when plants bloom. During a lunar eclipse, Earth’s shadow will turn the moon dark red – due to the coloring, many refer to this as the “blood moon”.

VISIBILITY FOR THE CAROLINAS:

It is too soon to forecast exact cloud cover so stay tuned. 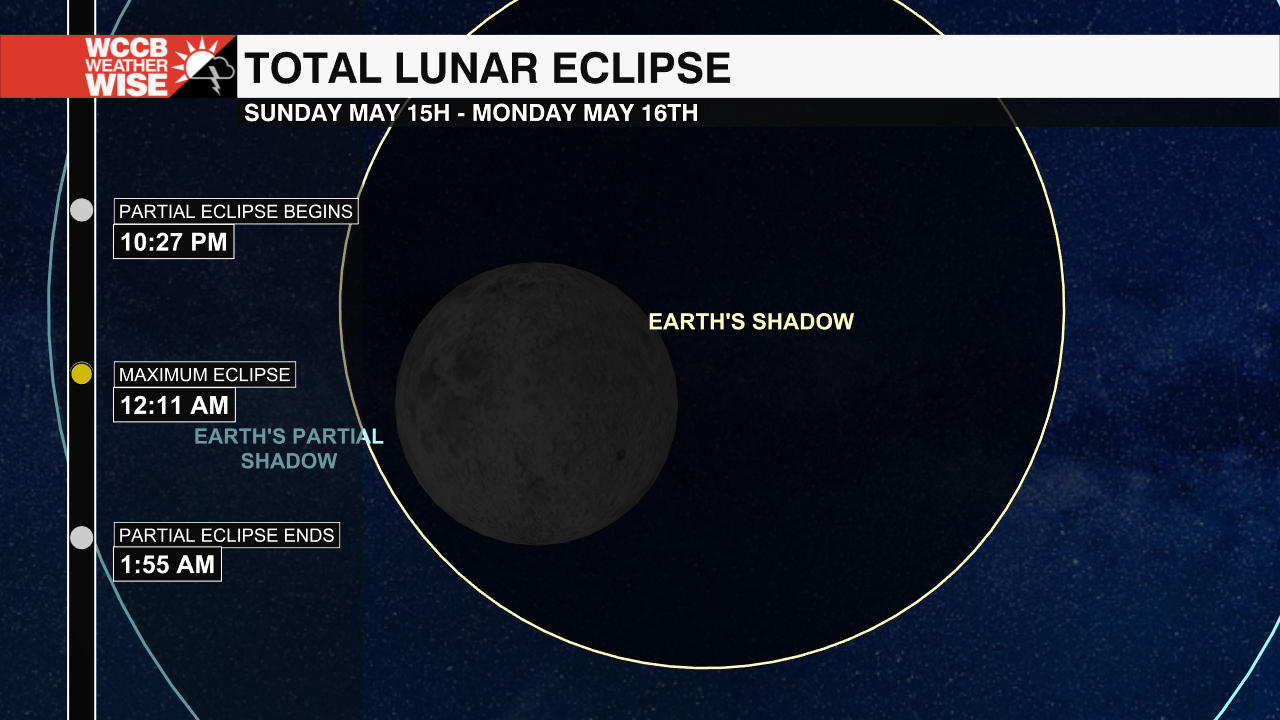