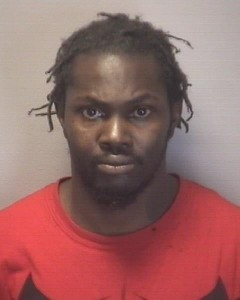 HICKORY, N.C. — A 35-year-old has been arrested and charged after a woman was found dead in Hickory Sunday morning.

The Hickory Police Department responded to a home on 8th Avenue Southeast. Upon arrival, officers found a woman, identified as Laura Matthews, dead.

Police say she died as a result of an assault.

Through an investigation, officers identified Eddie Propst as the suspect in the homicide case.

Propst was charged with first-degree murder and placed into custody at the Catawba County Detention Center with no bond, according to Hickory police.

The Hickory Police Department continues to ask that anyone with information regarding this investigation to call the department at 828-328-5551 or contact Investigator D. Bailey at dbailey@hickorync.gov.