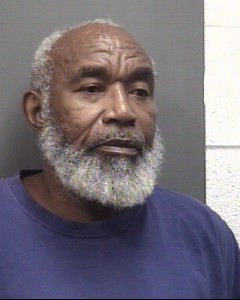 ROWAN COUNTY, N.C. — A 60-year-old has been arrested for fatally shooting a man in Salisbury Friday evening, according to deputies.

Rowan County deputies were dispatched to a Wildwood Road location around 9:55 p.m. after a report of a gunshot victim. Upon arrival, deputies located 64-year-old Ronnie Hoots dead inside the home.

After further investigation detectives determined that the suspect in the case was Erick Brown.

Detectives say the fatal shooting stemmed from issues between the Hoots and Brown that took place earlier on Friday. It was also determined that Brown went to the Wildwood Road address, where Hoots resided and confronted him, which caused another disagreement, deputies say.

According to the sheriff’s office, Brown shot Hoots twice, resulting in his death.

Brown was located at his Granite Quarry home and was arrested without incident. When officials conducted a search warrant on the property they found a 9mm High Point pistol, which is suspected to have been used in the shooting.

Deputies say Brown was charged with murder and was placed in the Rowan County Detention Center under no bond.