A 24-year-old is facing a murder charge after a man was shot and killed in southwest Charlotte, police say.

The suspect, identified as Alexander Holman, was arrested Thursday on an unrelated charge by homicide detectives with the help of the Crime Gun Suppression Team detectives and University Division Crime Reduction Unit officers. 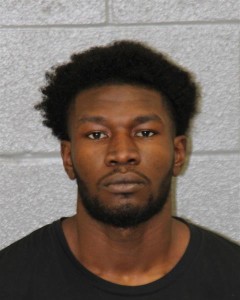 After being interviewed by homicide detectives, a warrant for 1st degree murder was obtained against Holman for his role in the homicide of Christian Siley.

Holman was transported to the custody of the Mecklenburg County Sheriff’s Office and served with the warrant.

CHARLOTTE, N.C. — A man was shot and killed in southwest Charlotte Saturday night, according to CMPD.

Officers responded to a discharge firearm call for service on West Woodlawn Road around 6 p.m.

At the scene, officers located a man suffering from multiple gunshot wounds.

Police say the victim, identified as 23-year-old Christian Siley, was pronounced dead at the scene.

Police ask anyone with more information to call 704-432-TIPS to speak directly with a Homicide Unit detective or leave a tip anonymously with Crime Stoppers at 704-334-1600 or http://charlottecrimestoppers.com/.