Suspect Identified In Gastonia Shooting Turned Himself In

GASTONIA, N.C. – According to a news release,  19-year-old Ja’kelon Duval turned himself in to Gastonia Police Department detectives on May 23rd.

GASTONIA, N.C. — Police investigated a shooting that left one person dead and another seriously injured in Gastonia Monday, May 16th.

The Gastonia Police Department responded to Westwood Circle, off of West Davidson Avenue, after receiving a shooting call for service Monday afternoon.

Upon arrival, first responders located Deionte Sparkman, 19, in the roadway suffering from a life-threatening gunshot wound. He was transported to a hospital where he died from his injuries. Investigators learned that the second 19-year-old shooting victim was driven to a local hospital by a friend or relative. The second victim suffered from non-life-threatening injuries.

Gaston County Police Department determined that 19-year-old- Ja’Kelon Duval to be a suspect and obtained a warrant for his arrest. 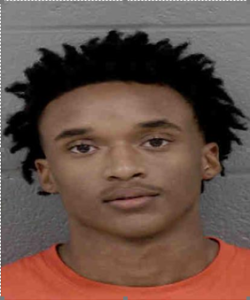